People have PHTS if they carry an altered or ‘mutated’ version of the PTEN gene.

This mutation can have many and varied consequences. This means that one person’s PHTS can look very different to another person’s. The underlying reasons for the variability between people is not well understood.

Before genetic testing was widely used, people were given diagnoses depending on their particular combination of symptoms. People with different groups of symptoms were categorised as having different syndromes. Historically, the most common ones were:

Symptoms tend to be present at birth. They include:

Germline PTEN mutation has also been identified in individuals with Proteus/Proteus-like syndrome, also referred to as PTEN-related Proteus syndrome that may have a clinical presentation distinct from either CS or BRRS . More recently, PTEN mutations have been found in some people with autism, autism spectrum disorder or developmental delay, and a large head circumference (often shortened to PTEN-ASD or PTEN-ASD/DD). It is currently unknown what other symptoms this group of people have.

Although not everyone who is diagnosed with one of the above conditions has a PTEN alteration, many people do. For example, it is estimated that between 5 and 10 percent of children with a big head and autism spectrum disorder have an alteration in the PTEN gene. 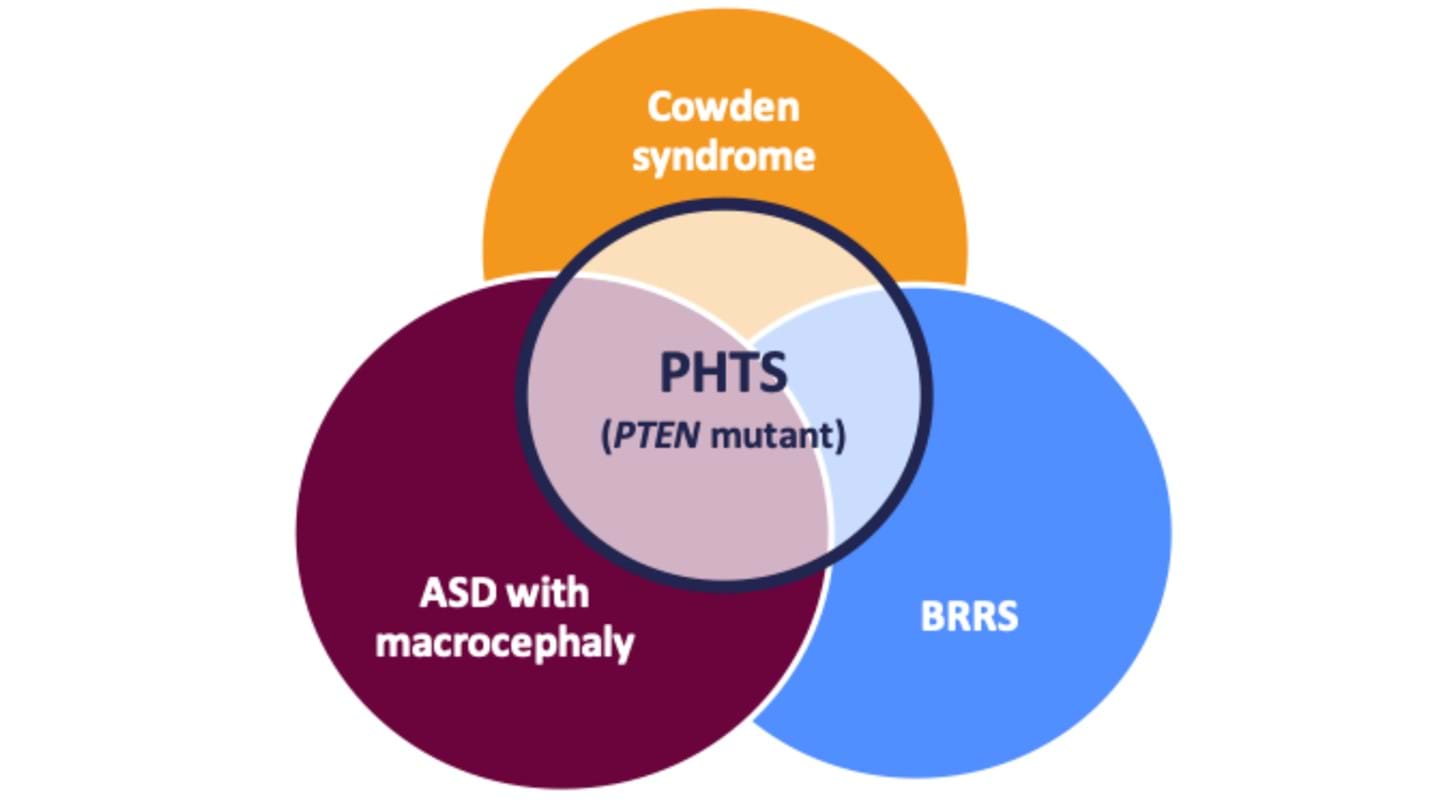 Because they face similar health risks, it is common for both people showing these symptoms with and without the PTEN mutation to be considered as having PHTS and treated accordingly.

If you are concerned that you or a member of your family may be affected by PHTS, speak to a health professional.

If you are in the UK, you can get a referral to a PHTS specialist by asking your GP.

More information about genetic services in the UK can be found here.

You can look up PHTS using the following codes:

And the PTEN gene using:

About PHTS What does the PTEN gene do?
What does PHTS look like?
What are the health risks of PHTS? How is PHTS diagnosed? I have a PTEN mutation. What happens now?