Looking for existing drugs that could be future treatments for PHTS

Professor Bart Vanhaesebroeck’s team at UCL are studying how the PTEN gene works and searching for the most promising potential drugs already out there.

Progress: Due to complete summer 2020

Although the symptoms of PHTS can be managed to some extent, and people can be screened for cancer and treated if it develops, there are currently no drugs that prevent the symptoms from occurring in the first place. If there was a drug that could be taken at a low dose every day to prevent or to delay symptoms showing up, it would reduce the number of hospital visits and screening tests people have go through, enabling people to put PHTS to the back of their minds. Professor Vanhaesebroeck and his team are hunting for such a drug.

What does it consist of?

Because mice share many of the same genes as humans, they are often used as ‘models’ of disease to help researchers understand more about the condition. The team’s research involves recreating in mice the different ways that the PTEN gene can be altered or ‘mutated’ in PHTS. By observing the symptoms that develop as a result of these PTEN mutations, and by seeing how they respond to different drugs, the team get clues about which treatments might work in humans with the same genetic alterations in PTEN.

The team have identified a number of existing drugs that they think might have an effect. They are currently using their PHTS models to examine their potential.

What will it enable us to do next?

Before clinical trials can go ahead there needs to be enough ‘preclinical’ evidence to suggest the drug will be safe in people and might have a beneficial effect. If one of the drugs the team are testing has an effect on the symptoms of PHTS in mice, for example delaying the development of tumours or reversing their growth, this would strengthen the case for a clinical trial.

By focusing on existing drugs, the team has a head-start because there is already a wealth of data on their use in humans. However, if none of the drugs end up looking promising, the knowledge gained from studying the impact of the different mutations in the models will help the team understand how the mutations cause disease. This might mean that rather than testing existing drugs, it is necessary to develop a completely new type of drug.

PTEN Research is committed to promoting the reduction, replacement and refinement of animals in research, and to ensuring that the highest regulatory standards are maintained. However, we recognise that animal research is sometimes necessary, for example, when there is no other way to replicate the complicated workings of the human body.

Both PTEN Research and University College London are signatories of the Concordat on Openness on Animal Research in the UK. This means we have committed to be clear about when, how and why we use animals in research. 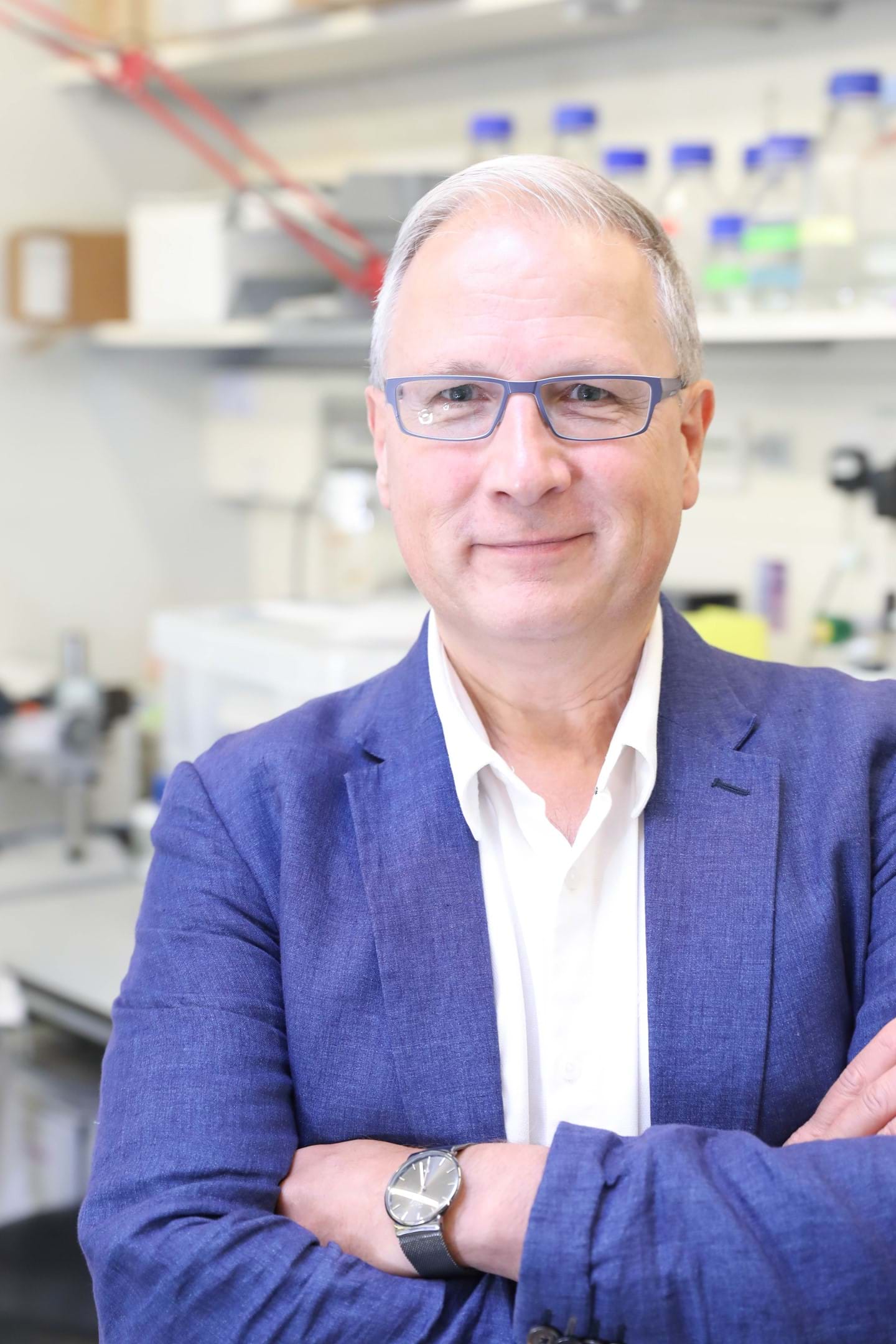 Professor Vanhaesebroeck heads UCL’s Cell Signalling Research Group. He has worked on PI3K, one of the genes thought to be involved in PHTS, for twenty years. PI3K plays a role in cell division and growth. If it is not kept in check by the PTEN gene, tissue overgrowths and cancer can develop. In 2014, one of the drugs that Professor Vanhaesebroeck helped develop to keep PI3K under control became the first ‘PI3K inhibitor’ to be approved as a medicine. Today, it is used to treat people with a type of blood cancer.